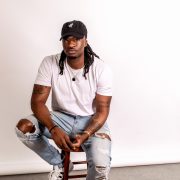 Rasheed Jamal Washington, is an American rap artist better known by his stage name — Rasheed Jamal. As a Portland resident, many of his projects, albums, and singles including My Beautiful Ugly (2012) and SANKOFA (2015) have received critical acclaim. Following the release of SANKOFA, Rasheed was nominated for Best New Band in the Willamette Week. On August 21st, 2017, during the Solar Eclipse, he released his most recent work INDIGO CHILD (U Ain’t The Only 1!).

Growing up in Hot Springs, Arkansas, Rasheed was immersed in music — drawing inspiration from local Blues festivals he grew up going to. Best known for his dextrous and dense word play, Rasheed has a gift for entertaining while being message driven. Within his work, Rasheed’s strives to connect the dots of his surrounding culture.