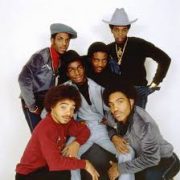 Grandmaster Melle Mel and Scorpio are two of the original members of the iconic hip hop group Grandmaster Flash & the Furious Five. Composed of one DJ (Grandmaster Flash) and five rappers (Melle Mel, The Kidd Creole, Keef Cowboy, Mr. Ness/Scorpio, and Rahiem), the group’s use of turntablism, break-beat deejaying, and conscious lyricism was significant in the early development of hip hop music. The group signed to Sugar Hill Records where they rose to prominence. In 1989, the group disbanded and became Grandmaster Melle Mel & the Furious Five where they released several hits including “The Message,” “White Lines,” and a host of others. The group made several reunions but the legacy continues on with only Grandmaster Melle Mel and Scorpio as remaining members entertaining fans around the world.